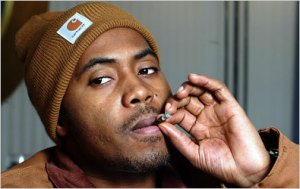 US Magazine: When rapper Nas was arrested for DUI this past fall, he was driving under the influence of marijuana, TMZ reports.

The star, 36 was taken in by Henry County cops near his Georgia home on Sept. 10, and according to a police report, he admitted that he was smoking weed at a friend’s house before the arrest.

The report stated that he “had a green tongue with raised taste buds and his pulse was raised to 116 beats per minute.” The officer who arrested him allegedly said Nas had “eyelid tremors in both eyes and body tremors” and that the car smelled of raw marijuana.

The news of the police report comes the day he and ex Kelis went to court for their pending divorce.

In July, a judge awarded the “Milkshake” singer nearly $44,000 in monthly support from Nas, with whom she split in April while she was seven months pregnant with their son, Knight Jones.