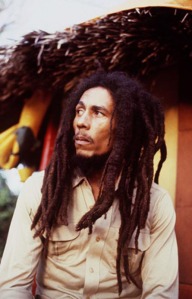 By THE ASSOCIATED PRESS

Canoe.ca: KINGSTON, Jamaica – Jamaica plans to open a music museum next year that officials say will feature rare pieces from the island’s music history, such as the sole album that the late reggae star Bob Marley produced before he gained international fame.

Artifacts will include a cassette tape in which another reggae great, Peter Tosh, jams a blues song with Mick Jagger and Keith Richards of the Rolling Stones, museum curator Herbie Miller said Sunday.

The tape was recorded in June 1977 in New York City, said Miller, who was Tosh’s former manager.

It will be placed alongside the album “Escape from Babylon” by American singer Martha Velez that Marley produced in 1976.

The museum is requesting donations to help preserve Jamaica’s vibrant music history. The island’s music preservation took a major hit two years ago when officials discovered that a massive collection of 1970s music, including original recordings by Marley and Tosh, disappeared from the archives of the former Jamaica Broadcasting Corp.

The collection has not been found.

Miller said a date has not been set for the opening of the Jamaica Music Museum in Kingston. It will be operated by the government through the Institute of Jamaica, which oversees cultural affairs.