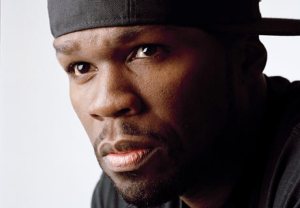 According to rep’s for VH1, 50 Cent will head to the dep south in search of his family’s slave lineage.

During the show, the South Jamaica, Queens-raised rapper will meet with living family members, while attempting to learn more about his ancestral heritage.

The “Rock Doc” is being produced in conjunction with 50 Cent and Roadside Entertainment and is part of a massive new slate of programming VH1 is unveiling for 2010.

The new programming reflects a study VH1 conducted, to gain insight into what viewers of the network actually wanted to see.

“They told us that they want to connect even more with our characters, our artists and our celebrities – but in a more genuine way,” said Tom Calderone, President of VH1. “They still enjoy VH1’s signature sense of fun and irreverence, but they also want more storylines that reflect the issues and challenges they are experiencing in their own lives.”

VH1 is a unit of Viacom, which also owns MTV Networks, which aired 50 Cent’s first reality show, 50 Cent: The Money and The Power.

An airdate for 50’s Roots was not available as of press time.

This entry was posted in 50, cent-, doc, explore, in, roots', slave, to. Bookmark the permalink.