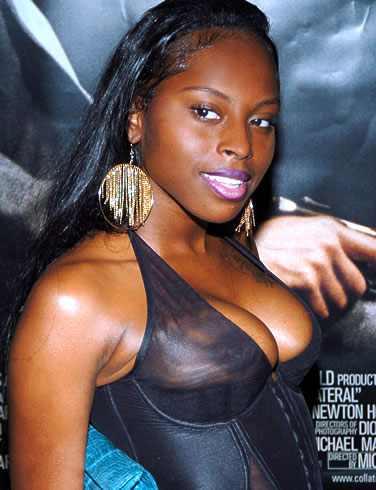 Foxy Brown got arrested today for violating a protective order her neighbor has against her according to TMZ.

Law enforcement took Fox Boogie into custody around 6pm after Foxy verbally engaged the neighbor which violated the protective order against her..

But according to Foxy’s manager, Bernadette Brennan the whole thing started when Foxy was rehearsing outside for her upcoming show at the B.B. King Blues Club in New York.

The neighbor didn’t like the noise, got aggravated and eventually started yelling in the rappers’ face.

To avoid further confrontation Brennan says Foxy went inside, which is when the cops go there and arrested her.

There’s nothing worse than a neighbor you can’t get along with. Sounds like Foxy might want to move.

This entry was posted in against, arrested, brown, for, foxy, her, neighbor, order, protective, violating. Bookmark the permalink.